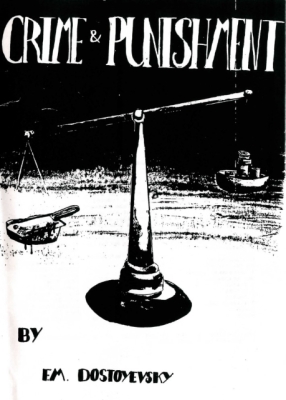 I was reminded about this play earlier this year in conversation with a friend and remembered seeing it soon after leaving the Forces after the Second World War. I was impressed for I still remember moments from it with it's cast including John Gielgud, Edith Evans and Peter Ustinov and bought a hard-back copy of the text - a copy which long ago I loaned and lost. I am indebted to Paul Taylor of Samuel French Ltd for the loan of a file photocopy which has made this production possible, for the play is long out of print.

It may be said that the art of the theatre is the least pure and the most complicated of the arts. The artist has his canvas, the sculptor his stone which remain to be viewed. But a playwright differs in that his medium - the written word - is not the medium in which his work will be viewed. The playwright like the composer of musical scores, is dependent on others for interpretation and taking the analogy with music further, both need a conductor or director responsible for translating the work from one medium into another.

All playscripts therefore may be regarded as a musical score, some are comparatively simple, some complicated. Rodney Ackland's version of 'Crime and Punishment' is an extremely complicated score.

No one who has read Dostoyevsky's novel will bve surprised at this statement. It's great length, deviations, multiplicity of characters, plots and sub-plots do not lend themselves to the time and space confines of a stage presentation. Ackland achieves his play by removing some characters, telescoping others and creating new ones; by bringing his people all under one roof - Amalia's lodging-house - and by presenting a cross-section of this swarming wretched dwelling. In his mind's eye, he saw the Marmeladoff's room in the centre of the stage; he saw Raskolnikoff's and the Street Vendor's rooms leading off of it and he saw a staircase up to the more well-to-do quarters. The writing of the action, sometimes simultaneous in all three rooms and on the stairs, was a complicated piece of dovetailing.

As mentioned, long out-of-print, enquiries can find no productions of it for many, many years. This seems a great pity and it is therefore an eminently suitable play for YAT to revive and perhaps give it a new lease of life. Certainly, as YAT needs large cast plays to give opportunities to as many as possible, Crime and Punishment, with such a wide range of real, individual characters, has given opportunities to many of us to re-create real people, a most rewarding task for any actor.

Review by Paul Bowen for Richmond and Twickenham Times (November 1993)

The plot of Dostoyevsky's novel Crime and Punishment can be reduced to: student Raskolnikoff murders an old woman; a usurer persuades himself he has done no wrong, undergoes mental anguish, and repents.

Of course that does not begin to convey the way the writer delves into the dark recesses of the human mind and soul.

Played within a superb set by Alex Saunders with Jean Goodwin's panorama of St Petersburg as a backcloth and lit with rare sublety by Simon Roose, it created exactly the kind of chaos that must have reigned in a lodging house in the 1860s. I was captivated from the first strains of Robin Johannsen's violin (used tellingly throughout), and my attention never wavered.

The production revolved around George Scott's Raskolnikoff, and after a tentative beginning he expanded to fill the role, though he resorts to shouting occasionally which in this acoustic is fatal.

His friend Razoumikhin, was played by Peter Gardiner with exactly the right blend of youthful exuberance and exasperation, an object lesson in clarity of delivery even at the most excitable moments.

Sarah Jane Renton's Katerina conveyed the desperation and wild swings of emotion of the dying consumptive, though she too resorted to shouting, but is was a compelling portrayal, beautifully contrasted by Jo Viney's self-sacrificing Sonia.

I was impressed by the calm authority of Andrew Everett's police chief and by Sarah Mould's maid Nastasia. There were also well turned performances in many of the smaller roles and by some of YAT's newer members too.

Not expecting to enjoy this production, I was entralled and came away full of admiration.