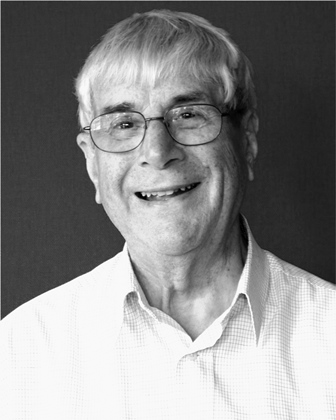 Born in October 1919, Eric's main leisure interests from early youth were in football, athletics and drama.

His involvement in drama began through the local church who presented Nativity and Passion plays at Christmas and Easter. Later in his teenage years, these developed into secular plays such as Night Must Fall, Rope and Charley's Aunt in which he played juvenile leads.

Called up in to the war-time Army, he continued entertaining the troops with a fellow squaddie by writing and performing poems based on war-time army life, similar to the Radio pair of the time "The Two Types". On the orders of the C.O. at Christmas 1943, and just south of Monte Cassino, they wrote and performed Cinderella in 24 hours on a platform of petrol cans, in which they played the ugly sisters, and a fat colour serjeant dressed in a mosquito net played the fairy godmother.

As the war was ending, Eric was hospitalised and discharged from the Army. While in hospital on a long term basis, he organised Sunday evening play-readings and on several occasions the Teddington Theatre Club to which he belonged brought productions over and performed in the ward.

During the Sixties, Eric worked with and was influenced by Eva Inglis, a Drama teacher who had moved to the area and was running weekly drama workshops. As a result, he was invited to become Youth Drama Advisor for the Borough of Richmond-upon-Thames. After setting up an annual Combined Youth Production drawn from all the local Youth clubs, he moved on to set up the Heatham House Youth Theatre at the borough's youth centre.

Passing this on to a new director specialising in Musicals, it wasn't long before a delegation of youngsters contacted him to direct a play with them. By this time Eva had died and her workshops had ceased, so a new group was started which became known as Youth Action Theatre.

Weekly workshops were re-started and the first production by YAT, The Diary of Anne Frank was cast and put into rehearsal in 1970.

During the Seventies and Eighties, Eric's TTC and YAT shows were nearly all performed at the Hampton Court Theatre. These were mostly large cast plays to allow as many young YAT actors to take part as possible. During these years he also arranged eleven Summer tours for YAT to perform in foreign cities, such as Hamburg, Berlin, Vienna, Leipzig, Kiev, and more recently, Connecticut USA.

In the Nineties, with TTC's lease of the converted ballroom at Hampton Court House coming to its end, a project was launched to raise sufficient funds to construct its own theatre in Hampton Hill High Street. From 1991, Eric played a lead role in helping to raise the necessary funds and the goal was reached with the completion of a handsome new 200-seater theatre, the Hampton Hill Playhouse, in November 1999.

In April 2005, Eric retired from the day-to-day running of YAT and handed over to a Committee of former members. At the same time, Eric was inaugurated as YAT's First President.

On Thursday 28 June 2012, Eric passed away peacefully in his sleep after a short illness at Kingston Hospital.