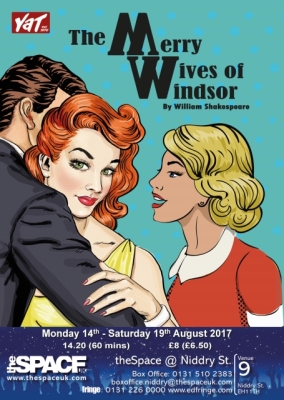 It's 1956, when men slayed business on the golf course and women had the dinner waiting. Sir John Falstaff is past-his-prime and down on his luck but his need for quick cash and gross underestimation of these (not so desperate) housewives has hilarious results! Watch as Mistress Page and Mistress Ford exact their revenge through a rousing story of hilarious jealousies and mischievous misunderstandings.Wickedly entertaining, it is bursting at the seams with verbal fun, physical comedy and a plethora of cleverly colourful characters.

The Merry Wives of Windsor
by William Shakespeare