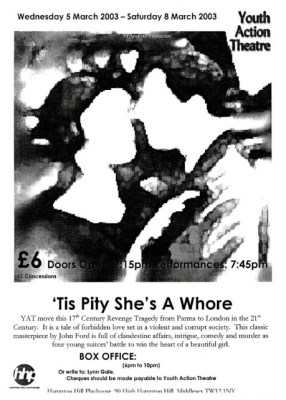 The horrific tragedy of brother and sister Giovanni and Annabella has startled audiences since it's premiere in 1627. As relevant to today as it was in Jacobean England, this compassionate drama looks at two people caught in a relationship which they did not seek and cannot help.