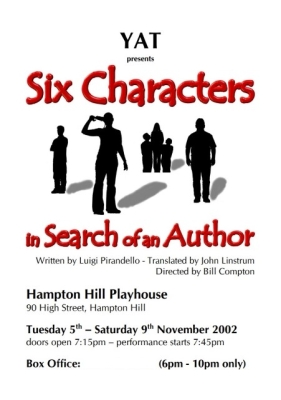 Six characters are trapped inside an unwritten play desperately needing a writer to complete their story and release them. Intrigued by their situation, the director and his company of actors listen as the characters begin to describe and argue over the key events of their lives. This, Pirandello's best known play, was first produced at the Teatro Valle in Rome in 1921.