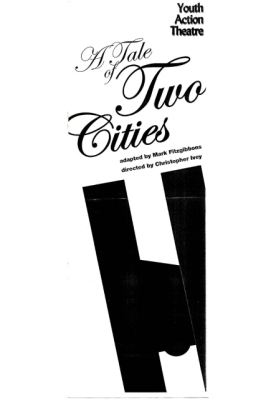 When Dickens wrote A Tale of Two Cities English inns were experiencing hard times. To improve things, inexpensively produced entertainments were presented in the innyards. In this brilliant adaptation the audience are watching the inn's production of Dickens' masterpiece, therefore the problem of different locations is simply solved and the full life and scope of the characters can be absorbed, stunningly presented in this tour de force for theatrical organizations everywhere. Period 1860s.