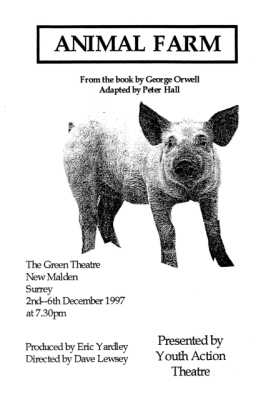 The story teller arrives to tell his story and Animal Farm comes to life around him, enacting the animals' rebellion againgst the drunken Farmer and their desire for an egalitarian world.

However, this idealistic society is shown to be unsustainable and it soon descends into corruption and tyranny.

A fine interpretation of this powerful allegorical novel. Not to be missed.