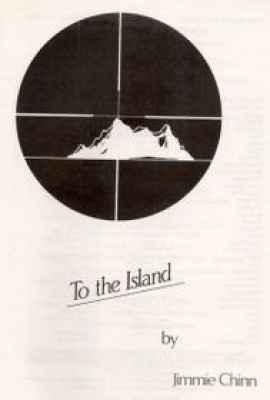 From the Author: I'd had the idea in my mind for nearly twenty years - every since, way back in the Sixties, I read a short article in an American newspaper about a mysterious and badly disfigured stranger in a wheelchair on a remote Greek island: nobody seemed to know who he was but it was fun guessing. 'To the Island' isn't set in Greece or America nor does it take play in the Sixties and if by chance you spot any similarities between the play and some of the historic happenings of '63 - well - best really to ignore them. It's just a story, invented by me but inspired by that article. In other words nothing that happens in the play is either historically accurate or a representation of fact.

I really have to thank Mr Tony Rushforth, Head of Drama at St Mary's College in Twickenham (there the play first saw the light of day) for it was he who suggested I might like to write and direct a play with the then first year drama students as part of their B.A. project. 'Write a play for twenty-odd students,' I thought, 'he must be mad!'. I had images of a drama about striking miners - dole queues - women brandishing strongly worded banners - none of which are really my cup of tea. But then ... 'To the Island' came back to me and we were away! It was an exciting few weeks - giving the students the basic idea - improvising the various scenes - putting it all together to make a workable and interesting play - sitting up till all hours typing. I am indebted to all those students for their hard work and encouragement just as now I am indebted to Eric Yardley and his talented company of young actors for giving me the opportunity to re-write and re-shape the piece into what you will see tonight.

No matter what you think of the play I'm sure you will agree - it's a very good story!

To the Island
by Jimmie Chinn