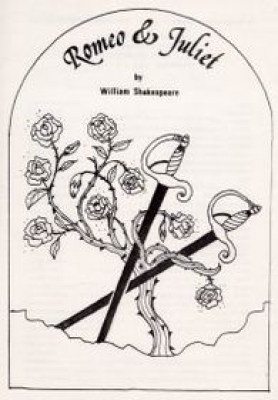 To be worthy of its name, Youth Action Theatre should do well by Romeo and Juliet, in which youthful action and impetuosity plays such an important role.

The production at Hampton Court Theatre this week does not disappoint. Consistent with the group's reputation it gives us a raw, fast-moving interpretation, vigorous to a fault and definately not for purists.

As in Zeffirelli's famous film version, the lovers are played by actors of an age Shakespeare intended. Maria Carmody, every bit as pretty as her name promises, is 17; Richard Kerley, likewise, 18. Clearly, they have worked long hours, under Eric Yardley's patient direction, to make it work and, by God, it does. Their love scenes together are as tender as they are touching, and the important early scenes, in which they established themselves as, ordinary playful adolescents, ensure that vital commitment from the audience.

It is, of course, Mercutio rather than Romeo who is the leader of their Montague pack, putting all the onus on Chris Walters in the brawl scenes. As YAT regulars will know, young Mr Walters isn't averse to a spot of bravura and his Mercutio must surely rate as one of the most athletic, not to say cock, of all time. Any more swagger and he would have been airborne.

Old Mr Walters, father of Chris, was responsible for arranging some very hairy fight scenes, during which spectators in the front row went into a communal flinch. Stage sword fights always give me the willies, but these were obviously arranged with care and executed with skill.

Still harping on the Montague pack scenes, they seemed a little heavy on the phallic symbolism, never missing a chance to cock an arm or thrust a codpiece. I was glad not to be somebody's maiden aunt, experiencing my first taste of Youth Action.

Richard Tipper's Tybalt spat venom in the time-honoured tradition, and Nick Wilson carried off the thankless role of Paris, Juliet's rival suitor, honourably enough. There were goodish performances, too, from David Gray as Friar Lawrence, Simon Law as Capulet, and Becky Jones as a very striking Lady Capulet.

Whatever subtlety there may be in the role of Nurse was lost on Rebecca Wheatley, who seemed determined to make her an overbearing old gasbag at all costs. It made her distress at Juliet's supposed death very hard to swallow.

Clive Stott's specially composed incidental music tinkled away unobtrusively as if to soothe the savage beast, rather than complementing the alternate moods of ferocity and tenderness.