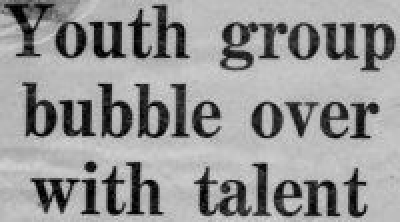 First performed in 1664, this is one of the most famous theatrical comedies by Molière. The characters of Tartuffe, Elmire, and Valère are considered among the greatest classical theatre roles.

Youth Action Theatre goes from strength to strength under the indefatigable direction of Eric Yardley, whose latest triumph at Hampton Court was a double bill of Moliere that was well-rounded in concept and very well presented in practice. The plays were Sganarelle and Tartuffe, both in Miles Malleson's exchanting versions.

Mr Yardley used part of the set that Teddington Theatre Club had built recently for Lion In Winter - very sensibly, in view of the cost of such things nowadays, and he also set both plays in the Edwardian era, to good effect.

YAT is now welded into a fine ensemble, capable of casting from strength and even being able to put lead actors of recent productions into walk-on parts for these plays - that is the spirit of real theatre.

Sganarelle was remarkable for a supremely comic performance of the title role by Keven Browne who, with his chubby bonhomie, captured to perfection the character of the middleclass Frenchman. Only one other player matched him in standard and that was Tina Munkenback as the nurse.

In Tartuffe there was an abundance of talent on display, including a magnificient performance by Amanda Smith as Elmire - her "seduction" of Tartuffe was a masterpiece of timing and innuendo. Stephen Bentley, fresh from his honours in Bishop Wand's School's The Rivals, was excellent as her brother Cleante.

There was a newcomer, to me at least, in the role of Tartuffe - James Simmons - and he is a real find! The black heart under the plausible exterior was plain for all to see, and yet, he never decended into parody.

Orgon himself was played by Stephen Pratt as a petit-bourgeois - a valid reading of the role and one that worked well in practice. The other parts were all take with spirit and, delightful to relate, delivered clearly and without gabbling.

I must, in closing, pay tribute to the music, arranged and played by Peter Roberts - always apt, yet never too obtrusive.