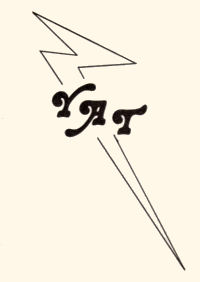 The year - 1997. The month - a dark and damp November evening. I can still recall the moment I first walked through the doors at Collis School to be warmly welcomed into YAT. Little did I know that evening would have a huge impact upon my life from that moment on…..

I was only 17 and had just started college. School chums were now spread far and wide, and my social life was at a standstill. I knew from an early age that I always wanted to be an Engineer and work in a technical capacity, so what on earth drew me to join a theatre group? The answer was a small, four line advert in the local newspaper, spotted by my Parents. They thought it would be good for me to get out of the house and mix with people of a similar age, and perhaps there could be a roll for me back stage to work on some sound or lighting.

It was local, within walking distance, and had potential, so what did I have to loose? From first stepping through the door, I was warmly drawn into a new bunch of people who had one clear objective - to devote their spare time to putting on a first class theatrical performance whilst becoming a unity of friends and enjoying a whole new social life together.

I became involved with many YAT shows over the course of the next few years and, of course, several other activities with people whom I had met through the group. I became involved in projects with those folk who I now knew as friends, and made industry contacts through trying to source lighting and sound equipment for the shows we would put on. I still have close contacts with these people & suppliers to this day.

A few years later, University forced me to move away for a couple of years, and then the beginnings of a working life meant I could no longer devote as much time to the group. But I had made my new friendships and gained such a vast wealth of knowledge and experiences, I would always hold these in high regard.

Sure enough, I became a back-seat member for many years, but still received the odd call to help out with making some fancy technical gizmo or contraption for a YAT play every now then. I love these little challenges and was glad to help out. A couple of years ago, I was asked back by Bill [Compton] to help assist with a technically complex musical which was being undertaken. How could I refuse?

So whilst I was now too old to be part of the core group, I helped out backstage and pulled on all of my industry contacts to put on a technical monsterpiece. The bug was back - I loved it and have been involved technically with a few shows since.

I am now outside of the official core age range, so have become a senior member, but I still love the buzz surrounding the group. From being the one sheepishly wandering in one evening with aspirations of perhaps one day being able climb a ladder and hang a light, I am now able to share the 15 years of industry experience I have gained with those who were my age when I started out at YAT. I feel I can now put a little bit back and inspire the next generation, as indeed I was inspired 17 years ago.

Being a part of YAT is more than simply becoming involved in a great, local theatre group who put on great productions. It is a lifestyle, and many involved will go on to have made friends and key contacts for life. The support the group gives to young people in gaining key skills and being a part of the local community is unquestionable. I for one feel proud to be a part of it.

To me, YAT is very much the quintessential definition of The Hotel California. You certainly can check out any time you like…. but you can never leave.