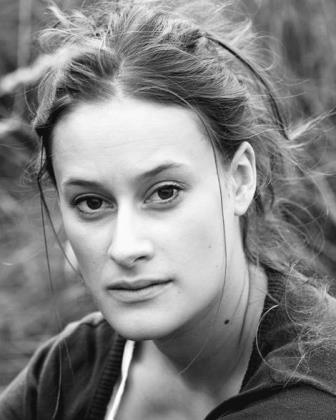 Sometimes one day can change the trajectory of your whole life.

I was a shy child, and one day, when I was sixteen, my father drove me to Youth Action Theatre. There were no fees and no auditions to get in and hence no elitism or judgement. In fact, it was as far removed from the toxic spectre that is x-factor as you could get. I was so shy at that point that I could barely open my mouth in front of a big group of people. My dad drove me back after that first day and I said "Dad, I'm too scared to go back", to which he replied, "Give it another go before you make up your mind just yet".

So, I faced my fears and went back. Gradually the process of learning how to become part of an ensemble gave me not only a voice but a pair of wings. Over a decade later I found myself at the Royal Shakespeare Company playing Juliet, bellowing 'Gallop apace' at the top of my lungs in the most audacious manner I could get away with. I found myself in a profession that has given me more joy than I can possibly describe. So I guess mine was a real cinderella story. If you had told the timid girl who walked in that day that one day she'd be on the telly or in movies, or even some of the people she'd share a scene with, she simply would not have believed you. She'd probably have laughed, or cried, or both.

It was YAT who gave me the courage to audition for drama school and YAT that I feel thankful to every day for continued courage to dance through what happened next.

I don't know what would have transpired if I hadn't gone back. perhaps I would never have found my voice. Like me, so many people were set free by YAT and the wonderful people who run it. Not just within the bounds of fiction, but in life. I mean, some of my friends fell in love and got married.

Unfortunately, now these funding cuts are on the horizon not just for YAT but across the arts scene in the UK, there are those out there whose big hearts or maverick streaks are in danger of never seeing the light of day. So the time could not be riper to join in and support. Who are we if we are not prepared to invest in not only the minds, but the hearts of our children, or indeed ourselves? As John Donne said, no man is an island- we can't afford to dissociate ourselves from those who need our help in order to flourish in this world. In this sense YAT really are the good guys, and they seem to be becoming more and more rare.

We were a motley crew round the pub table after rehearsals. Misfits and outsiders, jokers and deep souls from all backgrounds, all shapes and sizes.

We had something to be on the inside of now. And we were the best of friends.