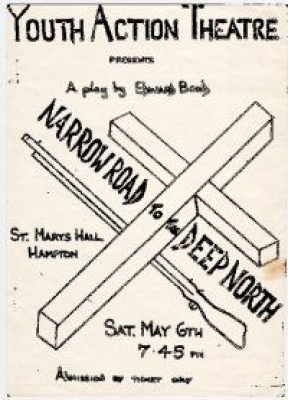 Narrow Road to the Deep North
by Edward Bond

"The English sent all their bores abroad, and acquired the Empire as a punishment"

A satirical play on the British Empire written in 1968 by the English playwright Edward Bond (born 1934). It is a political parable set in Japan in the Edo period. It deals with the poet Basho and the changing political landscape over about 35 years. It was first performed in 1968 for the Peoples and Cities conference.